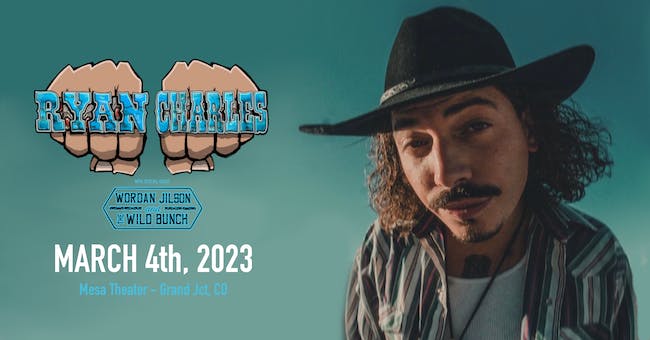 Western rapper Ryan Charles hails from the valley of Buffalo, WY. Similar to his hometown, once referred to as the most lawless town in America, Charles brings a style all his own — meshing the cowboy lifestyle with flow of 2000’s rap. A natural-born entertainer, Charles quickly became one of the most skilled freestyle rappers on the school bus, eventually making the move to Seattle, WA to pursue his music career more seriously. As an artist, Charles has released a few singles, including the jiggy buckaroo bop “Gettin’ Western” in 2020 and most recently, “Old Dirt Fancy” in 2021. Known for his signature fashion sense, light hearted twang and high-energy live shows, Charles continues to work on new music in Nashville, TN.