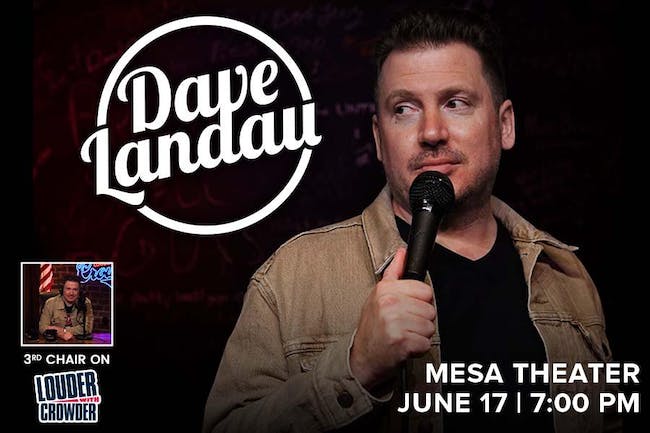 Dave Landau might appear to be just like you, but he’s not really. His mind goes to places that angels would fear to tread, and he has no problem telling you about it. The mark of a great comedian, it is said, is the ability to find jokes where others would find tears. Dave finds jokes everywhere; with his own foibles and faults, to his family, to pop culture and the state of the world today.

Cutting his comedic teeth as a teenager in Detroit in the Second City’s Conservatory, Dave Landau has risen to become one of the most in-demand headliners working today. He’s appeared 5 times on Comedy Central’s and AXS.TV’s “Live At Gotham” and was a finalist on season 8 of “Last Comic Standing” on NBC. He became a regular on the extremely popular “The Artie Lange and Anthony Cumia Radio Show,” and was honored to be brought in full time as 3rd mic. When Artie left the program, It became “The Anthony Cumia Show with Dave Landau”, where Dave became a valued member of the broadcast as co-host for two years. 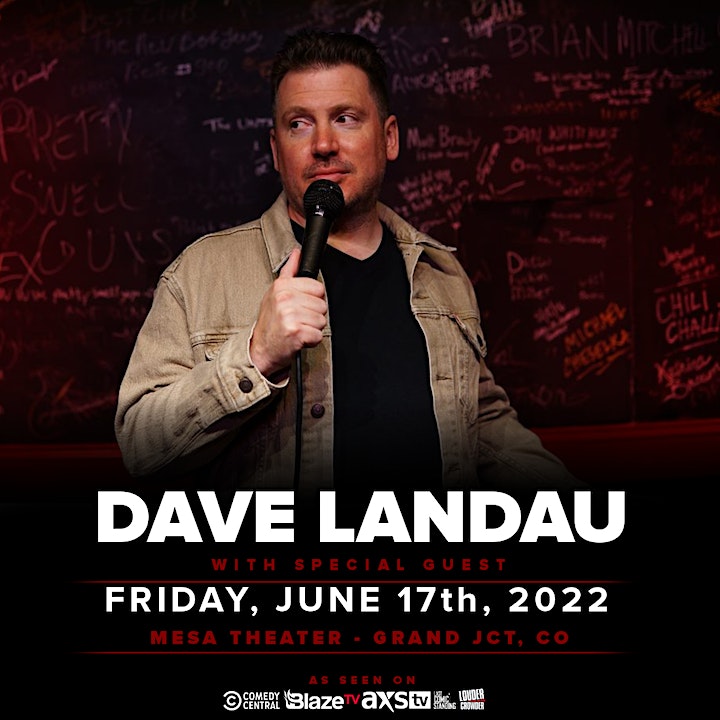